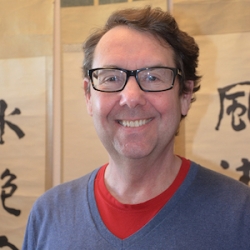 Charles Egan (B.A., Yale; Ph.D., Princeton) is professor of Chinese in the Department of Modern Languages and Literatures and has also served as director of the SF State Chinese Flagship Program since its founding in 2009. He has published extensively on the evolution of Chinese classical poetic genres and is a frequent translator. His book, Clouds Thick, Whereabouts Unknown: Poems by Zen Monks of China (Columbia University Press), was awarded the 2011 Lucien Stryk Prize in Asian Translation by the American Literary Translators Association. Currently he is preparing a new anthology of inscriptions and poetry from or about the Angel Island Immigration Station in San Francisco Bay.